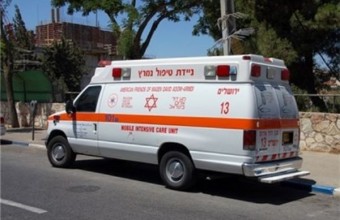 A settler’s car, on Monday, ran over a nun in Bab al-Amoud, also known as the Damascus Gate, in occupied East Jerusalem, said a Palestinian paramedic.A nun was hit by a settler’s speeding car and also knocked down at a pedestrian crossing the street, said Basem Zeidani, who works as a paramedic.

Zeidani, who provided the nun with emergency medical treatment at the scene, added that the nun sustained a moderate injury.

The nun, who remains unidentified, according to WAFA, was taken to Hadassah Hospital in West Jerusalem, to receive further medical care.

The circumstances behind the incident are unclear, but there have been several cases of Israeli settlers running over Palestinians in recent months, which can only be confirmed after police investigation.

See: 02/01/15 Hit and Run on B’Tselem Photographer in Hebron for links to further citings.