Palestinian Teen Shot and Injured by Settler in East Jerusalem 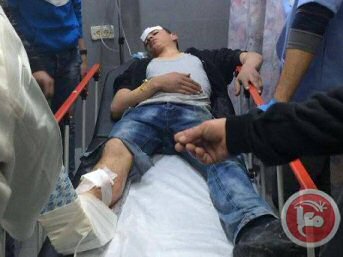 A settler shot and injured a 17-year-old Muhammad Yusuf Burqan in the Israeli-occupied East Jerusalem neighborhood of Silwan on Monday, according to witnesses.The youth was shot while tending to a small herd of sheep in the Wadi Yasul area of the neighborhood, his cousin told Ma’an News Agency.

‘I came back to check up on Muhammad and found him lying on the ground surrounded by about 15 settlers, one of whom had a gun in his hand. I tried to access Muhammad and give him first aid, but the settler with the gun threatened to shoot me, while the others started to swear at me,’ Suheib Burqan said.

He used his mobile phone to call his brother, who took Muhammad to al-Maqasid hospital for treatment.

The settlers fled the scene before his brother arrived.

Ma’an further reports that Jewish groups buying up property in the heart of Palestinian neighborhoods is an explosive political issue, as it touches on the future of East Jerusalem, which the international community sees as the capital of a future Palestinian state.

The groups are looking to establish a contiguous Jewish presence in the area, thereby preventing any future division of the Holy City under a peace deal with the Palestinians.