Passage in Jenin Village Cut Off for Five Consecutive Days 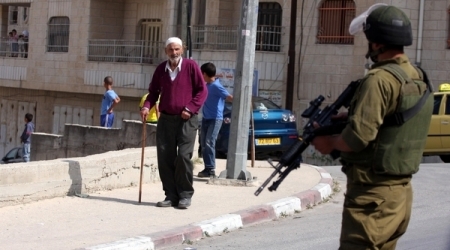 Israeli authorities, on Monday, continued its closure of the entrance leading to the village of Tura, in Yabod town, southwest of Jenin, for the fifth consecutive day, according to local residents.The army placed a military checkpoint at the entrance of the village this past week,preventing residents, including students, from getting in or out of the village.

“The civilian population of the occupied Palestinian territory (oPt) must be allowed to enjoy basic rights guaranteed in international law, including the right to freedom of movement,” said a United Nations OCHA report.

The report said, according to WAFA, that most Palestinian traffic is funneled into secondary and often lower-quality routes affecting their access to services and livelihoods.

In a survey, OCHA “documented and mapped a total of 522 obstacles (roadblocks, checkpoints, etc) obstructing Palestinian movement within the West Bank, a four percent increase from the equivalent figure recorded in July 2010.”

“Most of the movement restrictions imposed on Palestinians aim to protect the 500,000 Israeli settlers living in settlements established in contravention of international humanitarian law, aim to secure land for expansion of settlements, and to improve their connections with Israel,” said OCHA.