Malak al-Khatib to be Released on Friday 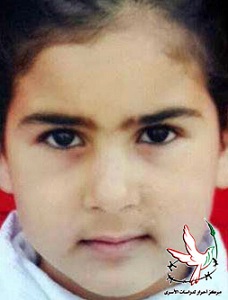 14-year-old Palestinian schoolgirl jailed by Israel since December 31 2014, Malak al-Khatib, will be released from prison on Friday, her family said.Relatives of Malak al-Khatib said that they were informed by the International Committee of the Red Cross that she will be released at the Jubara checkpoint, near Tulkarem, Ma’an News Agency reports.

Al-Khatib, from the town of Beitin, near Ramallah, was arrested last December and sentenced to two months in jail on charges of throwing stones and possessing of a knife.

Her case has brought media organizations flocking to her family’s door and attracted more public attention than most. The family denies the validity of the charges.

In a report released in February 2013, the UN children’s agency UNICEF criticized Israel for its treatment of arrested Palestinian children, saying their interrogation mixes ‘intimidation, threats and physical violence, with the clear purpose of forcing the child to confess.’

‘Children have been threatened with death, physical violence, solitary confinement and sexual assault, against themselves or a family member,’ the report said.