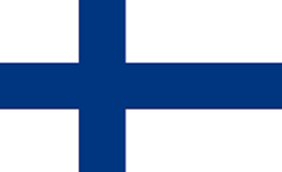 Today, the government of Finland is responding to the cash flow problems of hospitals in occupied East Jerusalem, as a result of the PA’s financial crisis, with a contribution of €2.5 million. The contribution, which is channelled through the PEGASE mechanism, will help to cover part of outstanding costs relating to referrals of patients for treatment to East Jerusalem hospitals by the Palestinian Ministry of Health.

With an overall contribution of €38.5 million since 2012, PNN reports, the EU and donors have supported referral costs over a period of two years (January 2012 to December 2013), for patients referred for treatment in East Jerusalem. By addressing this severe debt problem, hospital facilities remained open and medical staff continued working to provide much-needed specialized health services to patients from across the occupied West Bank and Gaza.

The EU mobilizes these funds through the ad hoc PEGASE window, in close coordination with the Palestinian Ministry of Finance and in line with jointly agreed upon criteria.

”Over the past years the EU and its Member States have increased their support for East Jerusalem in an effort to improve living conditions and the resilience of Palestinians in the city. This support is particularly important at the moment given the financial pressures on the Palestinian Authority. The East Jerusalem Hospitals are one of the few operational Palestinian institutions in the city that do not just serve Jerusalemites but also Palestinians from the West Bank and Gaza Strip’, said the EU Representative John Gatt-Rutter.

‘I would like to thank Finland for its generous contribution through the EU’s PEGASE mechanism to cover part of the outstanding costs of patient referral. This demonstrates once again the fruitful cooperation between the EU and its Member States in supporting the Palestinian people.’

Finland’s Representative in Ramallah, Ambassador Pirkko-Liisa Kyöstilä, confirms that Finland is committed to support the Palestinians and especially provision of basic civilian services such as health care. In addition to the support through Pegase, Finland also provides assistance to a mobile breast cancer clinic of the Augusta Victoria hospital.

Most of the European Union’s assistance to the Palestinian Authority is channelled through PEGASE (Mécanisme Palestino-Européen de Gestion de l’Aide Socio-Economique), the financial mechanism launched in 2008 to support the PA Reform and Development Plan (2008-2010) and the subsequent Palestinian national plans. As well as helping to meet a substantial proportion of its running costs, European funds support major reform and development programmes in key ministries, to help prepare the PA for statehood. Since February 2008, over €1.77 billion have been disbursed through the PEGASE Direct Financial Support programmes.

In addition, the EU has provided assistance to the Palestinian people through UNRWA and a wide range of cooperation projects.

East Jerusalem hospitals serve as the main centres for specialized care within the Palestinian health system. Patients needing services and procedures that are not available in the West Bank and Gaza – such as specialist oncology, renal care and cardiac surgeries – are referred for treatment in the East Jerusalem Hospitals Network facilities by the Palestinian Ministry of Health.

The EU is supporting all of these six institutions through a programme with World Health Organization.