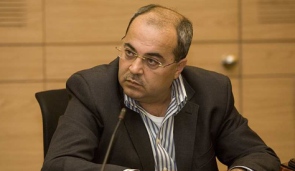 A coalition of political parties in Israel that includes the two Arab parties and a left-wing Jewish party launched a campaign Saturday to call for unity and demand an end to the racist attacks against Palestinians that have plagued Israel for the past year.The three parties involved in the effort are Hadash (a Jewish party), and the two Palestinian parties in the Israeli Knesset: Balad and Ta’al (United Arab List).

Some of the incidents of racism over the past year include the burning to death of a Palestinian teenager by right-wing Israeli extremists, multiple beatings, shootings and stonings of Palestinian youth by Israeli settlers, and demonstrations by right-wing Israelis calling for the expulsion of both Palestinians in Israel and Africans who came to Israel seeking refuge from the wars in their countries.

At the event to launch the campaign, Jewish Israeli Knesset Member Dov Khenin stated, ‘ Jews and Arabs must stand together against the ugly wave of hatred and racism. Anyone who has eyes to see and ears to hear and a heart to feel what happened here last summer should stand by us’.

He continued, “Every person with a conscience in this country should ask himself at this time: Does he stand with the forces of war and hatred and death, or with the forces of justice and equality and peace and life. There will be no peace here and no life here until we free ourselves of the occupation, because a nation that subjugates another nation cannot be free. Peace will only come with a solution of independence and justice for both nations in this land.’

Khenin also called for equality for all Israeli citizens. Currently, there are more than 50 laws on the books in Israel that discriminate against non-Jews, and hundreds of policies and procedures that are discriminatory as well.

Also speaking at the event was MK Ahmed Tibi, a Palestinian with Israeli citizenship and longtime member of the Israeli parliament. He said, ‘Lieberman said that the aim of the list is to destroy Israel and we say to him: We are not involved in that because you are doing it very well. We are involved in building the individual, and destroying the occupation and racism.

Tibi added, ‘You [Lieberman] gambled that we would not unite, but we overcame competitiveness in order to send a message of a united, strong minority. When we will be 15 MKs in a large faction and opposite us will sit representatives of the right they will be embarrassed … their blood pressure will rise and the Knesset doctor will work overtime.’

In his address, Tibi also urged Arab youth to stand strong against the so-called Islamic State of Iraq and Syria, known by its Arabic acronym Da’esh, saying that the group warps Islam, and is doing more harm to Islam than Western Islamophobia does.