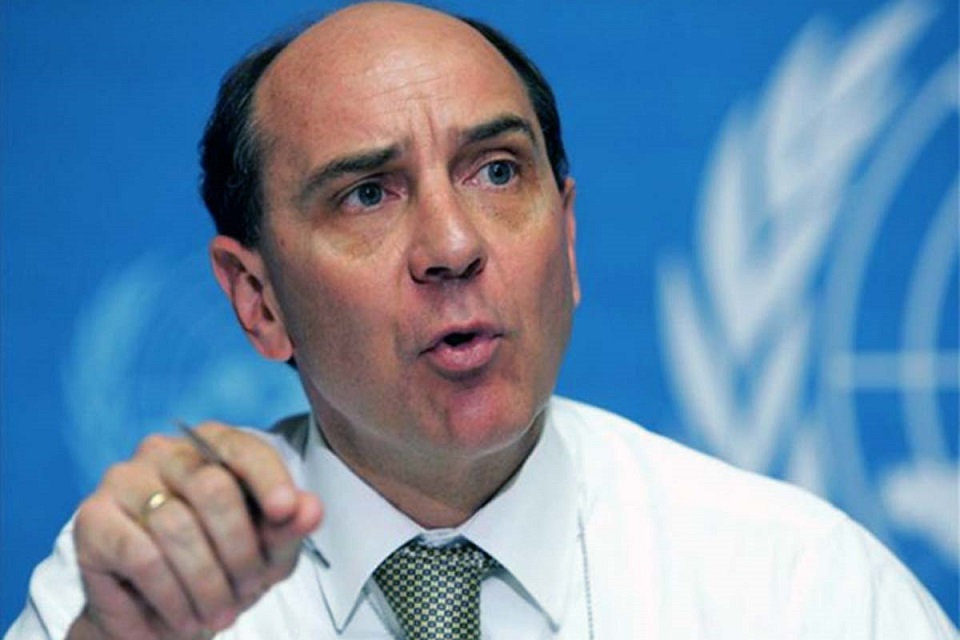 Rawley’s statements from Ramallah came as part of a joint news conference with Mohamed Mustafa, the P.A. Minister of National Economy and deputy premier of the unity government.

“2014 was a tragic year for Palestine, with a sharp increase in humanitarian needs,” explained the humanitarian coordinator, James W. Rawley, who noted that today, 100,000 people in Gaza are still unable to return to their destroyed homes due to last summer’s Israeli attack.

“In the West Bank, thousands more live in chronic insecurity, at risk of losing their homes and livelihoods as a result of demolitions,” Rawley said. He later expressed his concern about the increase in Israeli demolitions of Palestinian buildings and called for the end of that illegal operation immediately.

Speaking on the cash promised by various donors in Cairo last October, Rawley said, “Reconstruction in the Gaza Strip is unfortunately going opposite to what had been planned before, because of the lack of donations that were pledged by the donors to aid the Palestinians.’

The UN official warned that without enough funding for the plan, “around 1.6 million Palestinians will be deprived from humanitarian aid, such as food, water, electricity and sewage”, and if the plan was not implemented, “this would negatively influence their lives and their ability of gaining education and medical services.

Rawley called for an immediate lifting of the Israeli blockade, which has been imposed on the Gaza Strip for almost eight years. He also called for reopening the Rafah crossing between Gaza and Egypt, as well as free movement of goods between Gaza and the West Bank.

According to the plan designed by institutions working in the area, $705 million is needed to tackle the 207 selected projects proposed by 77 national and international organizations and UN agencies.

The representative of the Palestinian Authority told reporters that the Palestinian government welcomes the UN plan, but also warned that the situation in the Gaza Strip would get worse if the overcrowded area did not receive enough humanitarian aid and if Palestinians in Gaza’s living conditions did not imrpove.