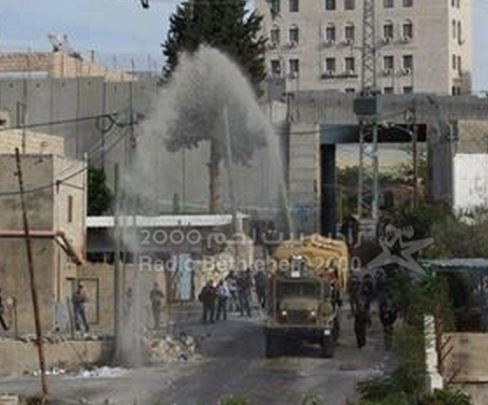 A fourth Palestinians was shot in the thigh by fragments of a live round. The wounded Palestinians suffered moderate injuries, and were moved to the Beit Jala governmental hospital.

Scores of Palestinians suffered the effects of tear gas inhalation, especially after the soldiers fired gas bombs at several homes.

In addition, a number of soldiers occupied rooftops of some homes, and used them as military towers.