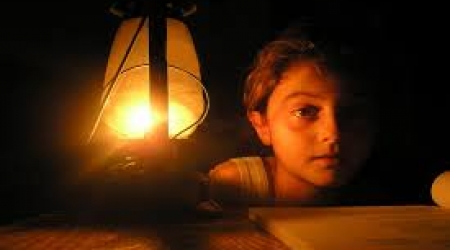 The Energy and Natural Resources of the Palestinian National Authority said, on Thursday, that they had received an official notice from the Israeli power company stating their attention to cut power in areas extending over north and south of the West Bank.The Chief Assistant of the Energy Authority, Zafer Melhem, said that the Israeli company notice included reduction of power loads, provided to the population centers in the Palestinian Authority areas, up to 50%, but did not specify the exact date.

The power company has cut off the electricity to a number of areas in Nablus and Jenin twice during this past week, 45 minutes on Monday and an hour on Wednesday, after only one hour of issuing a warning notice in this regard.

According to the notice, the current power cut is the ‘last warning’, the Israeli company will cut off electricity in the coming times without any warning.

The company claims that the distribution companies and local authorities in Palestine have a debt of about 1.9 billion shekels , while the Palestinian National Authority says the figure is greatly exaggerated.