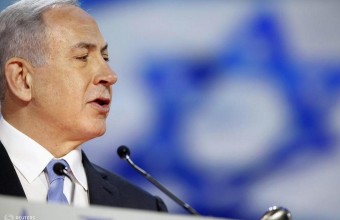 Israeli PM Benjamin Netanyahu addressed the US Congress today, in an increasingly animated debate with the White House over Tehran’s nuclear power ambitions.Netanyahu has repeatedly attacked the emerging deal with Iran and aims to show to US lawmakers why he believes the country poses a grave danger to the Israeli state.

Israel is estimated to possess some 80 nukes in all despite the mainstream media dodge to this diplomatic incongruity, now firmly in place for over half a century.

In an interview with Reuters, US President Barack Obama criticized his opponent yesterday, PNN reports, pointing to the premier’s past assaults on a temporary deal reached in 2013, under which Iran has already halted much of its uranium-enriched program.

‘Netanyahu made all sorts of claims,’ Obama said. ‘This was going to be a terrible deal…. This was going to result in Iran getting $50 billion worth of relief. Iran would not abide by the agreement. None of that has come true.’

On Monday, Benjamin Netanyahu addressed the American Israel Public Affairs Committee (AIPAC) with two alleged great fears. The first is to see Iran access atomic weapons, as he does not believe the diplomatic compromise that would prevent Tehran from reaching this goal.

According to Netanyahu, Iran only wants to save time and obtain the cancellation of international sanctions that have seriously damaged its economy, then resurface its nuclear ambitions without much difficulty (also because it already has the necessary technology), raising the production of enriched uranium regardless of any compromise.

The prime minister appears convinced that Iran does not have such a weaponyet, but could easily build it in a few months. According to Netanyahu, only increased economic pressure and use of bombing nuclear facilities could eliminate an existential danger for his country, because an Iran with nuclear warheads would eliminate the military superiority that has protected Israel since the sixties.

Justified or not, this fear has pushed Netanyahu to deal directly with the Republican majority in US Congress, without previous agreement with the White House, seeking the support of American deputies opponents of Barack Obama.

The American president is convinced that a compromise on the nuclear deal and the cancellation of sanctions would allow Iran to get back on the world market and open itself up to outside influences, encouraging openness, evolution and even the collapse of the current regime under the weight of the democratic aspirations of the population.

It is a complex and crucial debate, which hides another divergence between Obama and Netanyahu. The American president believes that an agreement on nuclear power would allow the United States and Iran to work together to stabilize the Middle East, but this same scenario would be the worst nightmare of the Israeli PM.

According to President Obama, the Iranian military could intervene openly against the jihadists of the Islamic State, sparing this task to the United States while, according to Netanyahu, Iran would get many concessions from Washington that Shiite allies would come out strengthened throughout the Middle East, and Shia Islam, even though it represents a minority in the region, would have the same influence of Sunni factions.

If Israel has found agreement with the Sunnis (and even peace, in the case of Egypt and Jordan), the Shiite world led by Iran still refuses the to accept the legitimacy of the Jewish state invoked by the Tel Aviv regime.

In this sense, Netanyahu’s second and biggest fear, well beyond the issue of nuclear power, is the rise of an Iranian state strengthened by a rapprochement with the United States and ready to lead the entire Middle East against Israel.

See also: 02/23/15 Who is Netanyahu? Why Should Congress Boycott his Speech?