Israeli Army Chief Of Staff: “We Need To Remain Ready For Any Possible Scenario” 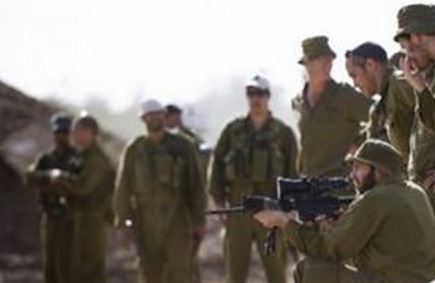 The newly appointed Israeli army Chief of Staff Gadi Eisenkot stated that the Israeli military always needs to be ready for a new Intifada, or attacks against Israeli targets, including the possibility of a full confrontation between the Palestinian Authority and Tel Aviv.His remarks came after the Israeli military concluded, on Monday evening, large-scale military drills in different parts of the occupied West Bank, especially the Hebron district.

Thousands of Israeli soldiers and military commanders participated in the trainings in and around Palestinian communities in the occupied West Bank, using live fire and different scenarios that included ‘attempts to abduct soldiers, in addition to bombings or attacks in settlements,’ Israeli daily Maariv has reported.

Soldiers of the Givati and Golani Brigades, Special Forces and various other brigades participated in the training that was meant, according to Eisenkot, to test the readiness of the Israeli military for any possible confrontation, or scenario, that could take place even “in the coming few weeks.”

An Israeli army commander also said the soldiers received training that included how to deal with possible bombings, abduction of soldiers, attacks within the settlements, and other possibilities that could lead “to further Palestinian attacks, or even a new Intifada.”

Israeli military analysts believe the army is concerned about the possibility that the current contradicting political campaigns, run by Israel and by the Palestinian Authority, in an attempt to win international support, could turn into a violent conflict on the ground.

An Israeli military officer stated the current extensive drills, that were held by the army, also came “because in 1987, Israel did not predict it is going to face the first Palestinian Intifada.

Eisenkot, who was sworn in as the new Israeli Army Chief of Staff on Monday January 16 2015, decided to start his carrier with live-fire training in populated Palestinian areas in the occupied territories, a move that was seen by various military analysts as a show of force, especially since the drills he ordered were not planned in advance.