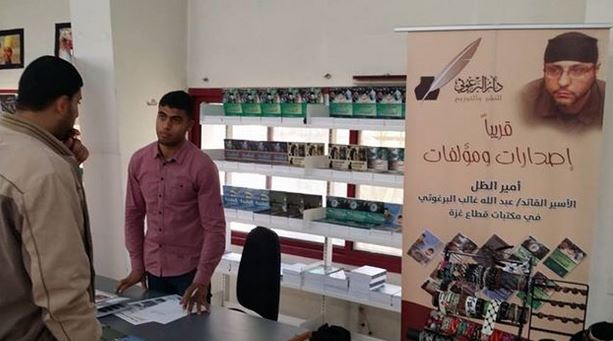 Palestinian detainee, leader of the Al-Qassam Brigades the armed wing of Hamas, Abdullah al-Barghouthi, was moved from Ramon Israeli prison to solitary confinement in Nafha following extensive interrogation after releasing a series of books.Al-Barghouthi recently released a series of books called Diaries of the Gun, that were displayed in an official opening in the Gaza City Council Library, with the participation of numerous political leaders of Hamas.

Al-Barghouthi was supposed to undergo a tonsillectomy while in Ramon prison, but the army decided to transfer him to Nafha where he was placed in solitary confinement, in Section 4, despite various infections and sharp pain.

Israel holds Al-Barghouthi responsible for various attacks carried out by the al-Qassam Brigades between the years of 2000 and 2003, in which 67 Israelis were killed, in addition to holding him responsible for manufacturing explosives.

Al-Barghouthi was taken prisoner on March 5, 2003, after the undercover Israeli forces of the Israeli military captured him, on March 5 2003, as he was leaving a local hospital in the central West Bank city of Ramallah after taking his ailing daughter there for treatment.