Palestinian Dies Of Complications Due To Injuries Suffered In 2008 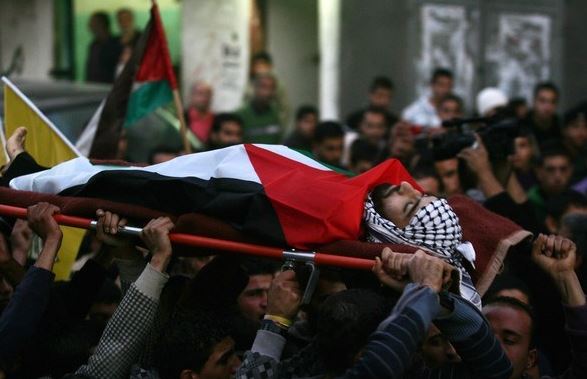 Medical sources have reported, Wednesday, that a Palestinian man died of sharp complications resulting from injuries he suffered after being shot by Israeli soldiers in November of 2008. On November 7 2008, the soldiers invaded the home Omar Sobeh, in al-Far’a refugee camp, north of the northern West Bank city of Nablus, and shot him in the abdomen and intestines.

The soldiers claimed they stormed his home searching for a “wanted Palestinians,” believed to be hiding there.

His family said he was recently moved to the Rafidia Hospital, in Nablus, due to a sharp deterioration in his health condition, but died due to various complications.