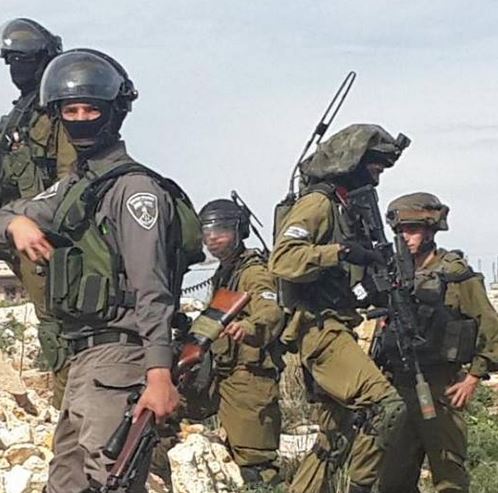 Israeli soldiers invaded, on Wednesday at dawn, Nabi Saleh village, near the central West Bank city of Ramallah, and kidnapped four Palestinians, after storming and ransacking their homes.Local sources said the soldiers violently searched several homes, and interrogated many Palestinians before kidnapping four.

The invasion led to clashes between the soldiers and local youth; the army fired gas bombs and concussion grenades, no injuries were reported.

Nabi Saleh is one of the leading villages in nonviolent resistance activities against the Israeli Annexation Wall and Israel’s illegal colonies, built on villagers’ lands and isolating them from their orchards.

Also on Wednesday, soldiers demolished a number of structures, including barns, in Ziba and Barta’a ash-Sharqiyya villages, west of Jenin.

The army also demolished a factory in Barta’a village. http://www.imemc.org/article/70868