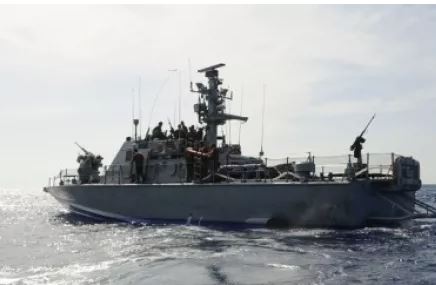 Israeli navy ships opened fire, on Thursday morning, on a number of Palestinian fishing boats in Gaza territorial waters, in the Sudaniyya Sea area, northwest of Gaza City.Local fishers said the navy fired dozens of rounds of live ammunition towards a number of fishing boats less than four miles off the coast.

The fishers had to sail back to shore in order to avoid further Israeli escalation; no injuries were reported.

Gaza fishers are subject to daily attacks and violations in Palestinian territorial waters within the six nautical miles the Palestinians are allowed to sail in and fish.

The Navy even attacked fishing boats, and fishers, while the boats were docked on shore.

Dozens of thousands of families in the besieged coastal region depend on fishing as their only sources of livelihood.

The repeated Israeli violations against the fishers led to dozens of casualties, including several fatalities, while scores of fishers have been kidnapped and their boats were toad to Israeli shores.