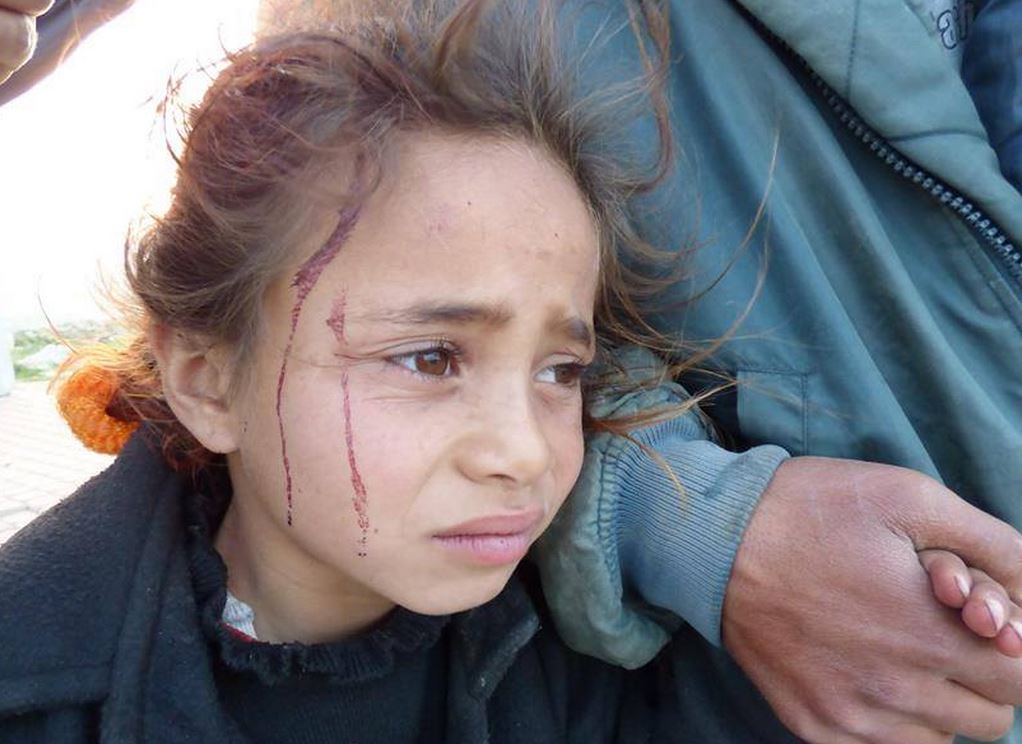 Masked Israeli settlers from the illegal settlement of Ma’on, south of Hebron, threw stones at Palestinian children and injured a six-year-old child, Saturday.The child sustained a head injury and was taken to the nearest hospital for medical treatment, according to witnesses.

An Israeli army spokeswoman did not have any immediate information, but told Ma’an News Agency that she was looking into the incident.

The Committee added that a child, identified as Sojoud ‘Awad, 6 years of age, was struck in the head, and one of her legs.

Settlers routinely carry out acts of violence against Palestinians in the occupied West Bank but are rarely held accountable, as Israeli authorities are often complicit in the attacks on Palestinians, their property and their lands, according to Israeli human rights organization B’tselem.

There were at least 329 incidents of settler violence against Palestinians in the occupied West Bank in 2014, as reported by the UNOCH.

The Ma’on settlement, home of the child’s attackers, is located in the South Hebron Hills, an area witness to ongoing tensions between Palestinian residents and settlers who reside there illegally according to international law.

Saturday’s incident occurred as recently reelected Israeli Prime Minister Benjamin Netanyahu faces international criticism for openly denying the possibility of an independent Palestinian state, which he confirmed would never come into fruition if he was reelected.