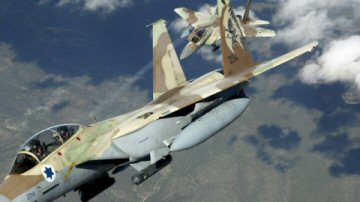 Inbar, who is the director of the Begin-Sadat Center for Strategic Studies at the Bar Ilan University, made his declarations talking with Arutz Sheva, a news portal representing a settlers perspective.

The Begin–Sadat Center for Strategic Studies (BESA), is an think tank based at the Bar Ilan University, that seeks to advance a conservative Zionist security agenda. The Israeli prime minister, Benjamin Netanyahu uses BESA facilities as a stage to declare strategic policy changes.

In 2009, the prime minister announced at a conference in BESA the conditional recognition of Palestinians right to statehood. Later he use BESA as a stage to declare his concerns regarding Iran.

‘I hold the view that the only way to stop Iran in its journey to a nuclear bomb is through military means,’ Inbar said in the interview with Arutz Sheva. He added that ‘Israel needs to seriously consider striking a number of important nuclear facilities’ to head off the threat.

According to Arutz Sheva Inbar is not alone advocating an Israeli offensive on Iran. Also Maj. Gen. Nimrod Sheffer, who heads the Israel Army Planning Directorate, claims that when Israeli leaders say “all options are on the table” with regard to Iran, they mean it.

Sheffer who spoke with Arutz Sheva during the weekend added that when “Israel feels its existence depends on action, it will take it.” He believes, that despite the tensions the U.S. will Israel’s accept Israel’s considerations.

“As long as Israel instructs its army to do what it has to do because that is the right thing to do for Israel’s security, I think it will be accepted. That is why I am certain that any decision on this issue will not be the thing that destroys the relationship between the U.S. and Israel,’ Sheffer said.

Prime Minister Netanyahu said on Friday that the deal with Iran “paves Iran’s path to the bomb.”

‘Israel will not accept an agreement which allows a country that vows to annihilate us to develop nuclear weapons, period,’ the prime minister added.