Soldiers Kidnap A Palestinian In Qabatia 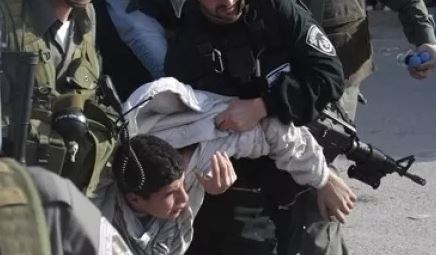 Israeli soldiers invaded, Thursday, Qabatia town, south of the northern West Bank city of Jenin, and kidnapped one Palestinian. Soldiers also invaded Beit Fajjar, south of Bethlehem.Eyewitnesses said several military vehicles invaded Qabatia, and drove around in a number of neighborhoods, before storming into and searching a number of homes.

During the search, soldiers kidnapped one resident, identified as Mustafa Kamil, 22 years of age, and took him to an unknown destination.

In addition, soldiers invaded Beit Fajjar town and broke into a home before handing a young Palestinian, identified as Ahmad Abdul-Qader Thawabta, a military order for interrogation in the Etzion military and security base, south of Bethlehem.