Police Considering Closing File Of Slain Palestinian From The Galilee 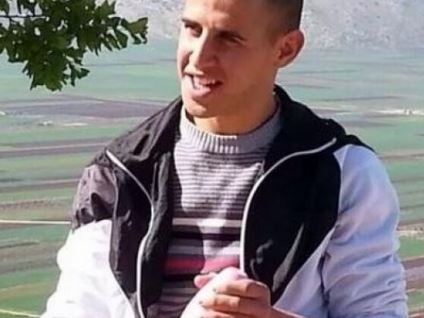 Israeli sources said the Police Investigation Unit is leaning towards closing the file of a Palestinian from Kafr Kanna in the Galilee, who was shot and killed by the Police in November of last year.The Palestinian, Kheir Eddin Hamdan, 22 years of age, was killed after the police arrested his brother, while the police claims he attacked them, and that “they shot him in self Defense.”

The Palestinains48 news website published an investigative report into the fatal shooting of Hamdan, and stated the police sprayed him with gas, causing him to suffer a blurred vision, and nearly passed out, before he was shot dead.

His cousin also said the police took Hamdan to the area where he “was deliberately shot and killed.”

Israeli Channel 10 said, following investigation into Hamdan’s death, the police concluded that the officer shot Hamdan dead in self-defense “after feeling his life was in danger.”

The Police will be releasing its final report after the Palestinians mark the Nakba day on May 15, the day Israel was established in the Historic Land of Palestine, in order to avoid further tension, the Radio Bethlehem 2000 has reported.

The officer, who shot and killed Hamdan, was not suspended, and continues his work as usual after being moved to a different unit.

In related news, Israeli sources said, Monday, that six Palestinians were injured during overnight clashes with police officers in Kafr Kanna, after the police demolished a home that was allegedly built without a construction permit.

Nearly two months ago, the police promoted an officer, who previously shot and killed a Palestinian, from Rahat village, in the Negev.