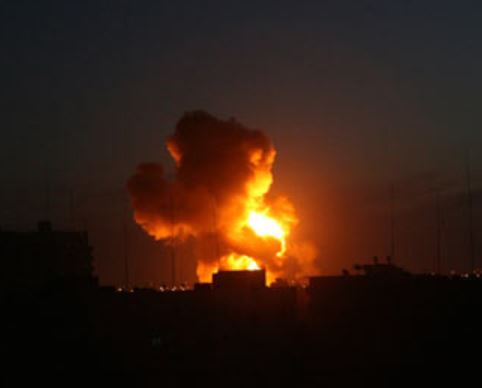 Israeli soldiers fired, on Friday at dawn, three artillery shells into an area in the northern part of the Gaza Strip, while navy ships fired dozens of rounds of live ammunition into the Gaza shore.Media sources in Gaza said the army fired three shells at “monitoring sites” used by fighters of the Al-Qassam Brigades, the armed wing of Hamas.

They added that several Israeli navy ships fired dozens of rounds of live ammunition into the Gaza shore in the northern part of the coastal region, while military helicopters repeatedly violated Gaza air space.

In a brief press statement, Israeli Army spokesperson Avichai Adraee claimed the army bombarded a site in northern Gaza “in retaliation to a shell that was fired into the Western Negev.”

He added that Israel has decided to prevent Gaza Strip residents from leaving the coastal region heading to Jerusalem for Friday prayers, and also decided to close the Beit Hanoun (Erez) crossing.

Spokesperson of the Palestinian Minister Of Health, Dr. Ashraf al-Qedra, said the Israeli attack did not cause any casualties, and called on the Palestinians to remain alert.