Many Injured In Nil’in Near Ramallah 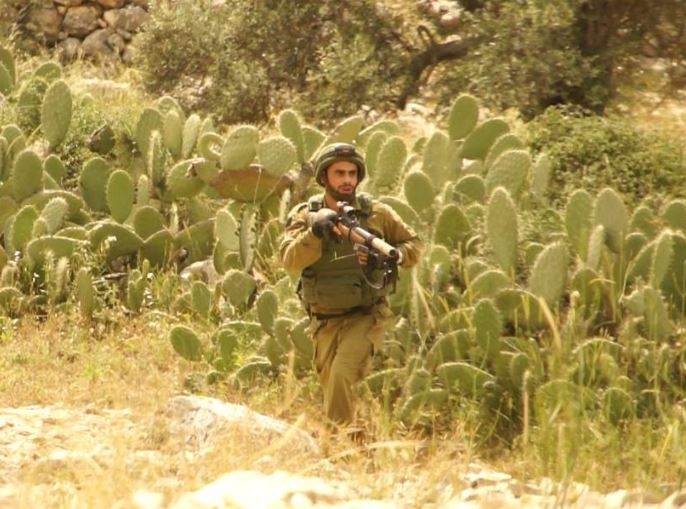 Palestinian medical sources have reported, Friday, that several residents suffered the effects of tear gas inhalation, in Ni’lin village, near the central West Bank city of Ramallah, after the soldiers attacked the weekly nonviolent protest against the Annexation Wall and settlements.
The Popular Committee against the Wall and Settlements in Ni’lin said the soldiers attacked the weekly nonviolent protest as the residents, and international peace activists, marched from the village to the Annexation Wall, isolating the villagers from their lands and orchards.

The soldiers fired dozens of gas bombs, rubber-coated metal bullets and concussion grenades on the protesters, leading to clashes with local youths.

Many residents suffered the effects of tear gas bombs, and received treatment by local medics.

A Ni’lin Facebook Page reported that clashes took place near a local school, and a public park in the village.