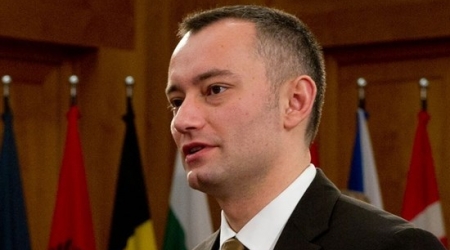 The new general coordinator for the peace process in the Middle East, Nikolai Mladenov, arrived on Wednesday morning in the Gaza Strip, through the Beit Hanoun crossing in northern Gaza.Local sources reported that the Mladenov entered Gaza accompanied by a delegation of 10 members, according to Al Ray.

United Nations Secretary-General Ban Ki-moon announced, in 2013, the appointment of Nickolay Mladenov of Bulgaria as his Special Representative for Iraq and Head of the UN Assistance Mission for Iraq (UNAMI).

He has come under fire by some Palestinian critics, who accuse him of taking strong pro-Israeli stances during his time as Bulgarian foreign minister, from 2010 to 2013.