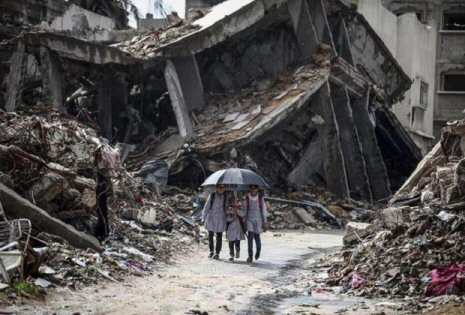 A long-term ceasefire between Hamas and the Israeli occupation has been proposed by Turkey and Qatar.Informed sources confirmed to Days of Palestine that a joint Turkish-Qatari ceasefire proposal has been put forth for discussion by both Hamas and Israeli authorities.

The sources said that Qatari Ambassador in Gaza, Mohamed al-Imadi, had met with Israeli officials, including the Coordinator of Israeli Government Activities in the Palestinian Territories, Major General Yoav Mordechai.

Additionally, Hamas officials were reported to have met with Qatari and Turkish officials on the issue in Ankara, where they discussed the proposal.

Senior Palestinian Authority officials were also presented with the details of the plan.

About a week ago, PA President Mahmoud Abbas claimed that Hamas had secret talks with the Israeli occupation.

Hamas reportedly denied, but this seemed accurate because, for Days of Palestine, neither Hamas nor the Israeli occupation had any comment.

The main issue in the plan is the reconstruction of the Gaza Strip, border crossings and transmission of goods out and in the region.

According to sources close to Israeli officials, the occupation is reportedly insisting not to allow constructing a harbor in Gaza.