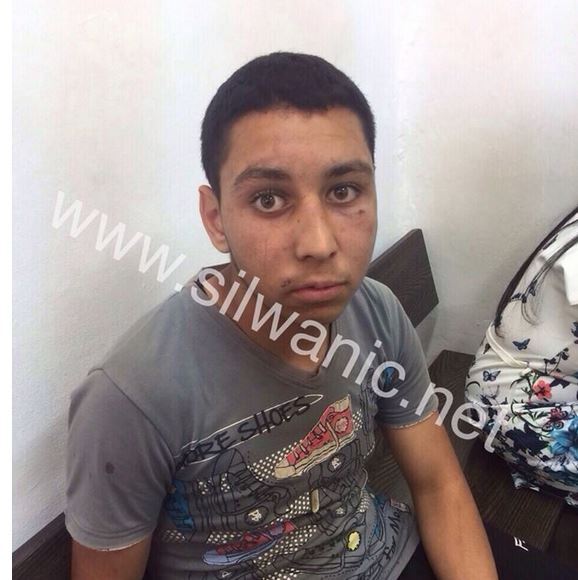 Lawyer of the Wadi Hilweh Information Center in Silwan (Silwanic) said the Israeli police violently attacked, and beat, on Monday evening, a child who was kidnapped in Wad al-Jouz neighborhood, in occupied Jerusalem.He said that the child Majd Ramadi, 16 years of age, suffered various cuts and bruises to the face, back and other parts of his body, especially after the soldiers dragged him onto the ground while abducting him.

The child was moved to a hospital, as he needed stitches to his face and inner cheeks, and also suffered facial bruises, in addition to various cuts and bruises to his back, in addition a visible eye bruising.

On Tuesday, the District Court in Jerusalem held a hearing in which the Israeli prosecutor alleged the child hurled a Molotov cocktail on the soldiers in Wadi al-Jouz neighborhood.

The lawyer said, when the child was sent to court, signs of torture and exhaustion were clearly visible.