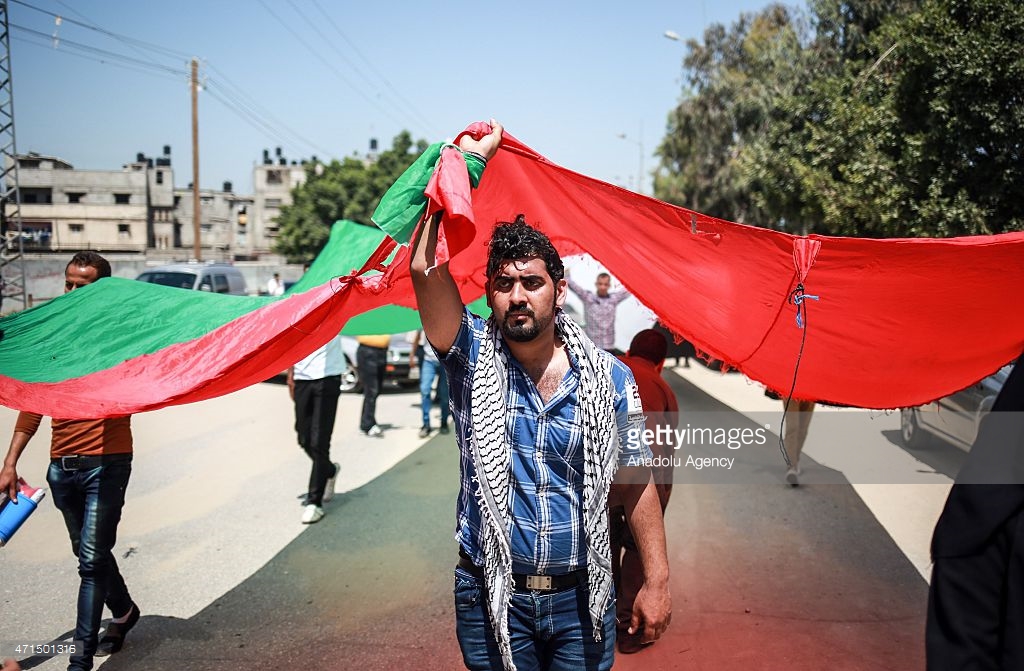 Eyewitnesses said that the Hamas-run security forces in the Gaza Strip attacked, Wednesday, protesters demanding Fateh and Hamas movements to end their tensions and divisions, and arrested several Palestinians, including journalists and women.The procession took place in the Shejaeyya neighborhood, east of Gaza City, and was organized by the “April 29 Youth Movement” calling for unity and an end to all internal divisions and rifts.

Eyewitnesses said the security forces arrested and detained a large number of protesters, including a journalist and two young women, after they marched following the press conference.

They added that most of the participants were leftists, in addition to many residents who decided to attend and send a message to political leaders telling them ‘the time has come to unite, and end internal divisions, arrests and ongoing rifts.’

The April 29 Youth Movement said some persons, who are not part of their movement, started acting in a manner meant to foil their protest, and started quarreling with the protesters after they asked them to maintain the peaceful aspect of the protest.

Coordinator of the April 29 Youth Movement Rami Aman told the Wattan News Agency that some of the participants carried signs against the Palestinian Authority in the West Bank, and other signs that contradict the message of the movement and its goal to bridge the gap between Hamas and Fateh.

Aman denied reports that the Hamas-run police attacked the protesters, but said it is likely that some of the persons, who attacked them to end to activity, are members and supporters of the Hamas movement.

Meanwhile, several activists said that the Hamas-run security forces surrounded the area before the protesters started gathering, and took over the main stage where some speeches were planned before starting the protest.

They added that gunmen started firing into the air, and attacked many participants, in addition to using foul language.

Journalist Mohammad Othman told the Wattan News Agency that the version of events as narrated by the Ministry of Interior in Gaza is false, and that gunmen who also carried batons and clubs attacked the nonviolent protesters.

“I saw what happened; I saw them carrying guns and batons,” Othman told Wattan News, “They attacked the activists, and the journalists as well.”