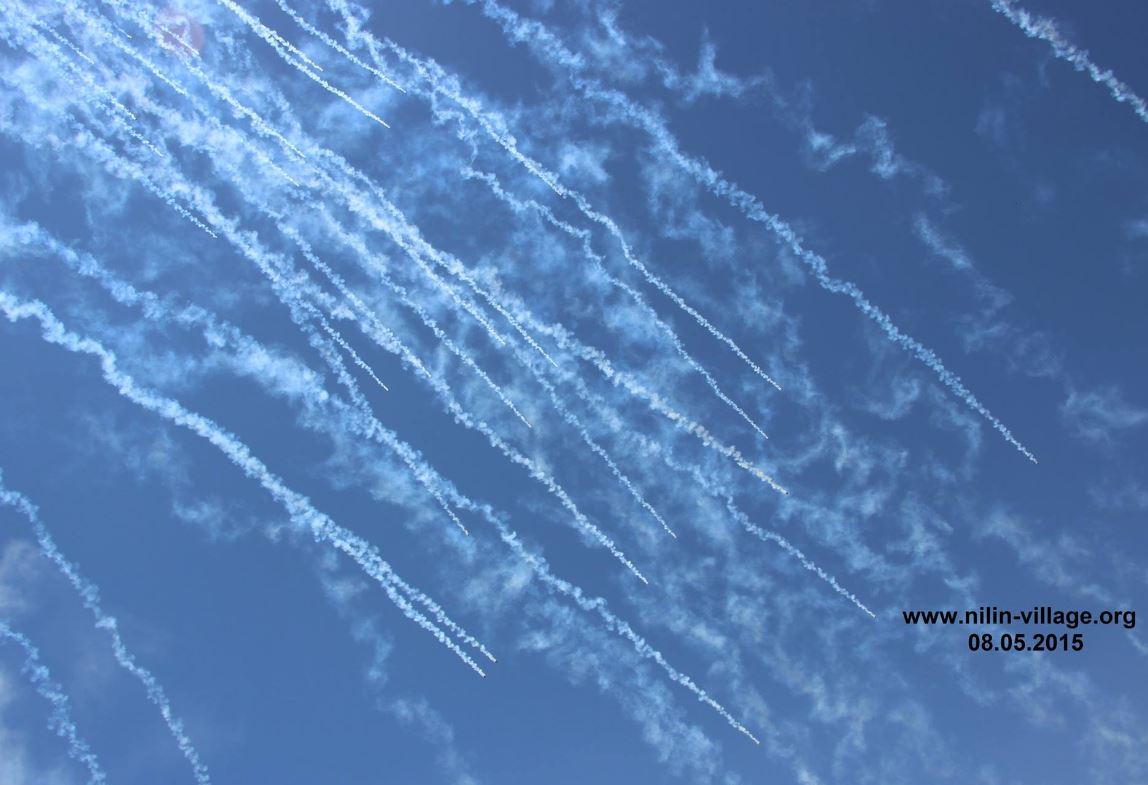 Israeli soldiers attacked, Friday, the weekly nonviolent protest against the Wall and Settlements in Ni’lin village, northwest of the central West Bank city of Ramallah, causing dozens of residents to suffer the effects of tear gas inhalation. Mohammad ‘Amira, member of the Popular Committee against the Wall and Settlements in Ni’lin, stated that the locals, accompanied by Israeli and international peace activists, marched from the village on Friday afternoon, heading towards Palestinian orchards, isolated behind the Annexation Wall.

The soldiers fired dozens of gas bombs on the protesters, and on a number of homes, causing scores of residents, including children and elderly, to suffer the effects of tear gas inhalation.

‘Amira said the soldiers surrounded the village four more than four hours, in an attempt to prevent the Palestinians from conducting their weekly protest, and completely isolated it, especially after closing its eastern entrance, the main road the links it with its surrounding areas.

Earlier on Friday at dawn, soldiers invaded the village, fired sound bombs, and withdrew to its outskirts.

Nil’in is one of many Palestinian villages that holds weekly protests against the Israeli Annexation Wall and its illegal colonies, and is subject to frequent military invasions, assaults and arrests.