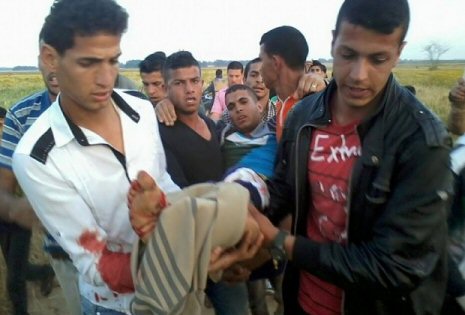 One of the wounded, according to Red Crescent, was hit in the head and suffered a wound was described as moderate, while the other was hit in his waist and suffered ‘light’ wounds.

In response to the Israeli aggression, the Palestinian protesters threw stones at the soldiers.