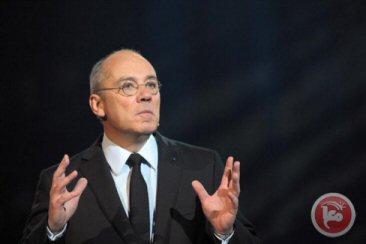 The chairman of Orange told AFP on Saturday that he ‘sincerely’ regretted a ‘controversy’ over the French telecoms group’s relations with Israel, saying, the Orange Group ‘is in Israel to stay.’Stephane Richard denied that the company’s decision to end its brand-licensing agreement with Partner, Israel’s second largest mobile operator, ‘as soon as possible from a contractual point of view,’ in any way implied that Orange was seeking to withdraw.

Richard touched off a firestorm of criticism on Wednesday when he told reporters in Cairo he was ready to ‘withdraw Orange brand from Israel.’

‘Our intention is to withdraw from Israel. It will take time,’ but ‘for sure we will do it,’ Richard said during an interview with Egyptian newspaper Daily News earlier this week.

Partner, which has a license from the French company to use its brand, has been attacked by rights groups for operating in illegal Jewish-only settlements in the occupied West Bank.

At the end of May, five non-governmental organizations and two unions in France asked Orange to state publicly its willingness to sever its ties with Partner and denounce ‘attacks on human rights’ allegedly carried out by the Israeli firm.

Despite this, Richard said at the time it was a purely business decision, not political, that Orange does not license its brand.

The comments touched a raw nerve in Israel, which is growing increasingly concerned about global boycott efforts and the impact on its image abroad.

A furious Israeli Prime Minister Benjamin Netanyahu slammed the decision by Orange, which is part state-owned, as ‘miserable.’

The fresh Franco-Israeli spat comes after a high-profile diplomatic row in December when French lawmakers voted in favor of recognizing Palestine as a state.

France’s top diplomat Fabius also said that Paris and the European Union ‘have a consistent policy on settlement-building that is known to all.’

While Partner’s business activities allegedly contributing to the economic viability of illegal settlements, Israeli policies regarding mobile service itself in the occupied West Bank have been criticized by rights groups.

As countries across the Middle East graduate to 4G mobile service, service providers in the West Bank are unable to provide even 3G mobile data due to a refusal by Israel to grant the Palestinian Authority the bandwidth necessary.

As a result, Palestinians are forced to choose between outdated 2G service or buying contracts with Israeli companies servicing settlers illegally residing throughout the West Bank.

Despite rejection by French leadership of the potential break of Orange from Israel’s Partner, the BDS movement has gained momentum in France in recent years, with French corporate giant Veolia selling nearly all of its business activity in Israel last month.

See: Orange Pulls Out from Israeli Partner Firm for report in question.