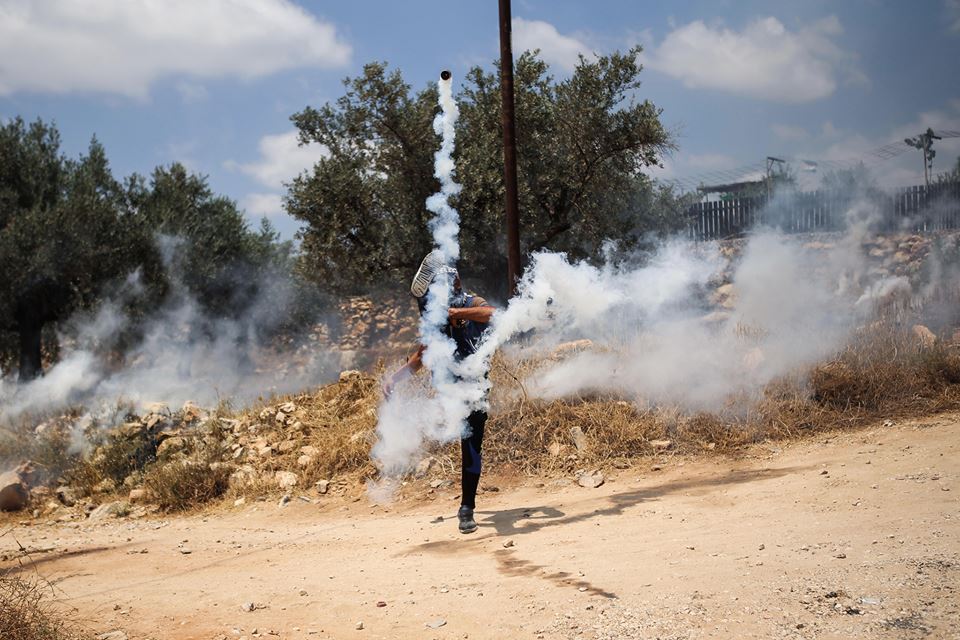 Dozens of residents suffered the effects of tear gas inhalation after Israeli soldiers assaulted the weekly nonviolent protest against the Wall and Settlements in Bil’in village, near the central West Bank city of Ramallah. Israeli gas bombs also caused fire in olive orchards.The villagers, accompanied by Israeli and international peace activists, marched from the center of the village, carrying Palestinian flags and chanting for national unity, ongoing resistance against the occupation, and the release of all detainees.

The Popular Committee Against the Wall and Settlements in Bil’in held Israel responsible for the lives of the detainees, and called on the Palestinian people to head to Jerusalem, and the Al-Aqsa Mosque, subject to ongoing and escalating Israeli violations, and assaults.

The soldiers fired dozens of gas bombs at the protesters and into olive orchards, causing scores of protesters to suffer the effects of tear gas inhalation, and causing fires in a number of trees.

It is worth mentioning that a Norwegian delegation visited Bil’in, and participated it the protest in solidarity with the Palestinian people.

The delegation listened to a detailed presentation by the Coordinator of the Popular Committee, Dr. Rateb Abu Rahma, regarding the successes and experiences over the last ten years, since the villagers started protesting the Annexation Wall and illegal colonies.

Dr. Abu Rahma called for more international participation in the nonviolent protests against Israel’s Annexation Wall and colonies, in different parts of occupied Palestine, to observe firsthand the Israeli violations against the people and their lands. 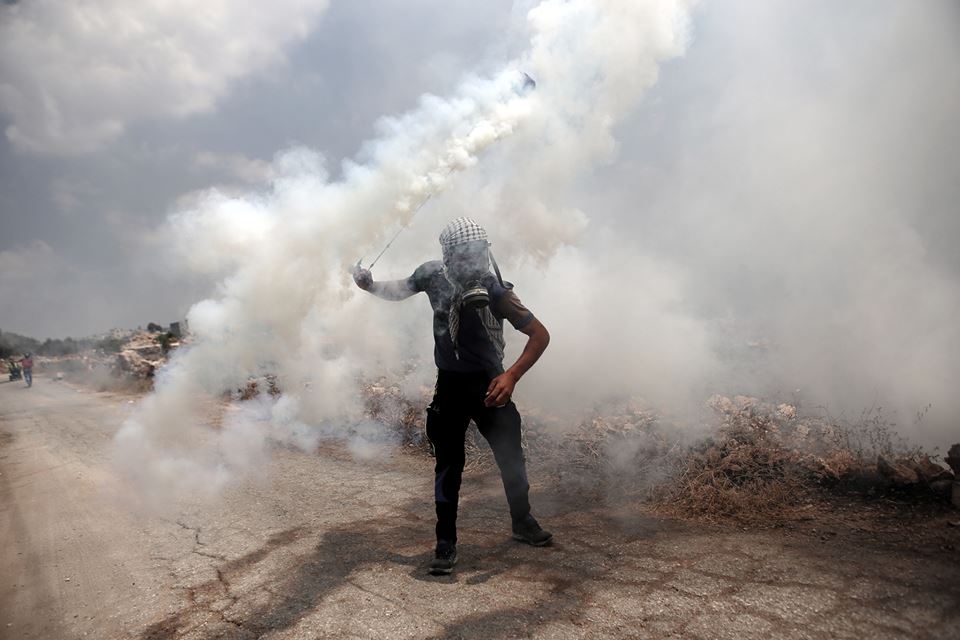