Two Injured, Many Suffered Effects Of Teargas Inhalation In Silwad 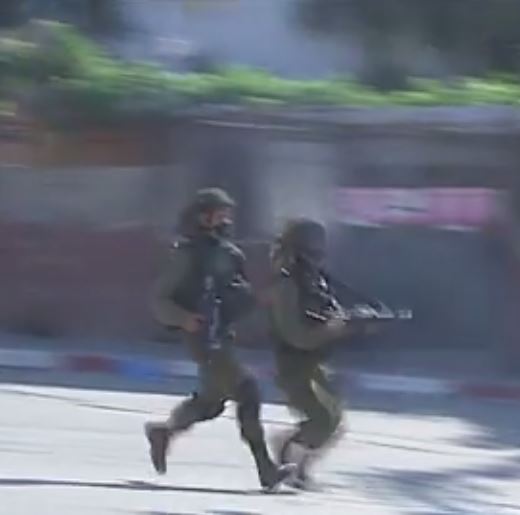 Israeli soldiers invaded, Friday, Silwad town, east of the central West Bank city of Ramallah, attacked dozens of protesters, and fired live rounds, rubber-coated metal bullets and concussion grenades at them. Medical sources said one Palestinian one Palestinian was shot with a Tutu live round that explodes on impact, causing excessive bodily damage, while shrapnel of a concussion grenade injured another Palestinian.

The WAFA News Agency has reported that the soldiers also invaded a home, and occupied its rooftop, before using it to fire live rounds at the protesters. The soldiers forced the family out of their home for a few hours.

WAFA added that the soldiers obstructed the work of the reporters, and fired concussion grenades at them.