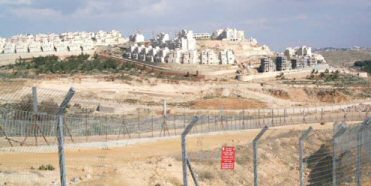 The Norwegian insurance giant, KLP Kapitalforvaltning, has divested two international building material companies from its investment portfolio because of their operations in the West Bank settlements. Haaretz Israeli newspaper reported, according to the PNN, KLP divested of its shares in these companies effectively on June 1, citing international law as set in the Hague and Geneva conventions. The Norwegian firm insures all municipal workers in the Scandinavian nation and holds 35 billion dollars worth of assets.

Haaretz added that the move is part of KLP’s half-yearly review of companies in its portfolio, alongside excluding five more companies because of their income from coal-based operations, one for corruption, one for severe environmental damage and one for production of tobacco.

The two companies, Heidelberg Cement, a German company, and Cemex, a Mexican firm, acquired smaller companies with Israeli subsidiaries operating quarries in parts of the West Bank known as Area C, under complete Israeli civilian and military control as defined by the Oslo accords, Haaretz reported.

Earlier this month, KLP wrote that “no such agreement can override the rules relating to occupation set out in the Hague Regulations and the Fourth Geneva Convention.”

In response, head of responsible investment at KLP, Jeanett Bergan stated that “From the perspective of international law, an assessment of this case has proved more difficult than similar assessments with respect to Western Sahara. Nevertheless, the international legal principle that occupation should be temporary has carried the most weight. New exploitation of natural resources in occupied territory offers a strong incentive to prolong a conflict.”

KLP before taking any steps asked the companies for clarifications about their West Bank operations.

Heidelberg confirmed that one of its subsidiaries operated quarries in the West Bank and was aware of the criticism about this operation, with no intents of stopping. Cemex asserted that most of the workers at its West Bank quarry were Palestinians, and that they received the same conditions as their Israeli colleagues. Cemex also asserted that its operation in the West Bank was legal because the Oslo Accords allow Israel to maintain full control of Area C pending a permanent settlement, Haaretz said.

“KLP considers that the ethical arguments carry the heaviest weight in this case,” the company announced. “The extraction of non-renewable resources in occupied territory may weaken the future income potential of the local population, including the Palestinian residents. Moreover, when this is undertaken in a way that is difficult to justify within the requirements of the law of belligerent occupation, KLP considers that this activity represents an unacceptable risk of violating fundamental ethical norms.”