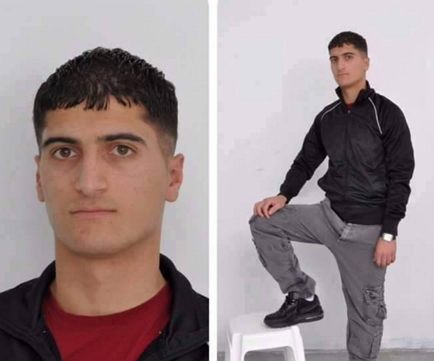 Israeli soldiers invaded, on Sunday at dawn, Kafr Malek village, east of the central West Bank city of Ramallah, shot  one Palestinian, then crushed him under a military jeep.

Medical sources in Ramallah said the slain Palestinian has been identified as Abdullah Eyad Ghanayem (Ghneimat), 22 years of age.

He was killed at approximately 3:30 before dawn, and the army held his body until 7:30 in the morning.

The sources said Ghanayem was shot in his spine, in the lower back, and fell onto the ground, before a military vehicle flipped over him.

The soldiers claimed he hurled stones on their vehicle before they chased him with their jeep.

After crushing the Palestinian, the jeep flipped over the young man, and the soldiers left their vehicle, while he remained under it for more than an hour.

Eyewitnesses said Ghanayem was standing near his home when he was injured, while the soldiers were chasing local youths.

After the death of the young man, many youngsters hurled stones at the army.

At least one Palestinian was shot with a live round, six others were shot with rubber-coated steel bullets, and scores suffered the effects of tear gas inhalation.

Ghanayem is a former political prisoner; he was taken prisoner on September 12, 2012, and was released on March 8, 2014.