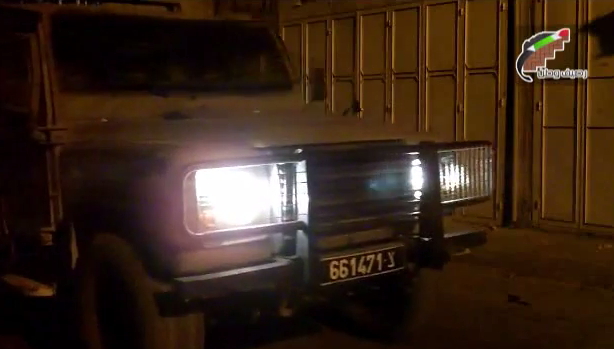 Israeli soldiers kidnapped, on Sunday at dawn, two Palestinians in Hebron and Yatta, and shut down the Central Fruits and Vegetables Market, near Nablus.Several military vehicles invaded Hebron city, and Yatta nearby town, in the southern part of the West Bank, searched a few homes, and kidnapped two Palestinian.

The kidnapped Palestinians have been identified as Firas Jamal Dweik, and Khaled Shaher al-Adra.

The army claimed local youths hurled stones on their vehicles, in a nearby area.

The soldiers prevented the Palestinians from entering or leaving the market area, and questioned many residents.