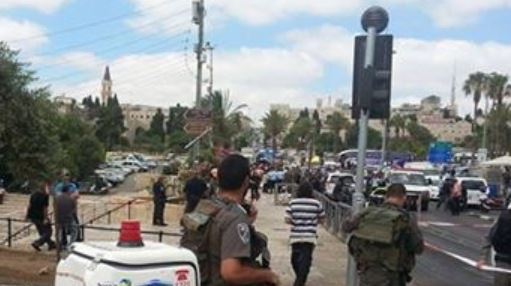 Israeli military sources have reported, Sunday, that a soldier suffered a serious injury after being stabbed by a Palestinian, in occupied East Jerusalem, and that the Palestinian was shot, and also seriously injured.The army said the incident took place at the Damascus Gate, in the Jerusalem’s Old City.

The soldier suffered stab wounds to the neck, and was moved to the Hadassah Ein Karem Israeli hospital, in Jerusalem.