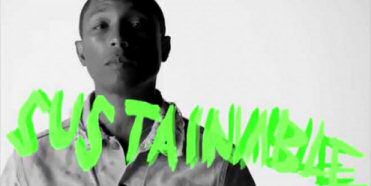 Woolworths was a top trending topic on social media this weekend as the South African BDS (Boycott, Divestment and Sanctions) movement released a spoof video reworking the retailer’s launch video, which features US pop star Pharrell Williams.According to the PNN, BDS spokesperson Kwara Kekana explained in a statement how Pharell’s voice (and his announcement of collaborating with Woolworths) was stripped off and replaced.

“BDS South Africa’s own voice artist (whose voice is almost identical to that of Pharrell’s) replaced the audio syncing perfectly with the original video so that Pharrell is seen to mobilise support through the spoof video for the #BoycottWoolworths campaign and BDS boycott of Israel. A heavy disclaimer is also seen at the beginning and end of the video.”

The spoof video was launched to coincide with the monthly national #BoycottWoolworths Day Action which takes place on the last Saturday of every month, BDS told news24.

BDS is a popular global campaign a attempting to put economic and political pressure on Israel to end the occupation and colonization of Palestine.

Advocates often draw parallels to the fight against Apartheid in South Africa, where boycott played an essential role.