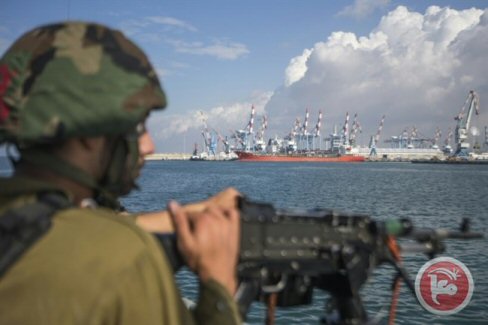 Israel’s navy has boarded and taken over an activist ship seeking to break its Gaza blockade and was escorting it to port, Monday, in an operation that did not employ force, the military said.According to Haaretz, Israeli forces intercepted the Gaza-bound boat Marianne late Sunday night, in what the military said was a short operation, free of any casualties. The boat was currently en route to the Ashdod port, at the time of the report.

Three of the boats were said to have turned back while a fourth, the Marianne of Gothenburg, was boarded by the Israeli navy and was being escorted to an Israeli port.

The Swedish boat, which on Sunday afternoon was 150 nautical miles from the Gaza Coast, is carrying 20 activists, among them MK Basel Ghattas (Joint Arab List) and former Tunisian president Moncef Marzouki.

Israeli Defense Minister Moshe Yaalon said that the flotilla ‘wasn’t humanitarian and didn’t seek to help anyone,’ adding that ‘the participants were seeking to continue the campaign to delegitimise Israel.’

Among the passengers on the four vessels were Palestinian Knesset member Basel Ghattas, Tunisia’s former president Moncef Marzouki and at least one European lawmaker.

A statement Friday from the flotilla’s media team said its goal was ‘to highlight the violation of the rights of 1.8 million Palestinians living in the world’s largest open-air prison.

‘We once again call on the government of Israel to finally lift the blockade on Gaza,’ a statement read. ‘Our destination remains the conscience of humanity.’

MK Ghattas wrote that along with the former Tunisian president, the vessel’s passengers included European parliament members, journalists, academics and writers. “All the passengers are peace activists and their sole purpose is to protest the closure of Gaza and to provide humanitarian aid – medical equipment to Shifa Hospital.”

Ghattas called on the Israeli officials “to order the security forces to allow the entrance of the Marianne and avoid the use of any forces, which undermines the ship’s humanitarian mission.”

After arriving in Ashdod, the passengers will be interrogated before being escorted to Ben-Gurion Airport and flown out of Israel.

A number of flotillas had reached Gaza prior to May 2010, when 10 Turkish activists aboard the Mavi Marmara were killed in an Israeli raid on the six-ship flotilla.

Since then, several ships manned by pro-Palestinian activists have tried to reach the shores of Gaza, but they have all been repelled by the Israeli navy.

The latest attempt comes with the Palestinian territory yet to begin the reconstruction of thousands of homes destroyed during last summer’s 50-day conflict between Hamas and Israel.

Israeli military forces killed over 2,200 Palestinians, including 500 children, during the offensive last summer.