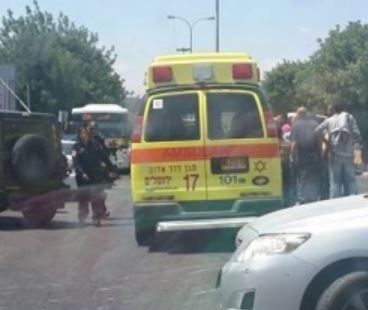 Israeli military has reported that a female soldier suffered a moderate-to-severe injury after a Palestinian woman stabbed her in the neck, at the Rachel Crossing, between the West Bank city of Bethlehem and occupied Jerusalem. Israeli Police spokesperson Micky Rosenfeld said the Palestinian woman attacked the soldier, 20 years of age, and stabbed her in the neck, before the soldiers arrested the woman after a brief chase.

Israeli medics arrived at the scene, and moved the wounded soldier to the Hadassah Ein Karem Medical Center, in Jerusalem.

The army also claimed to find two additional knives in the handbag if the Palestinian woman, and conducted military searches in the area “in an attempt to locate other Palestinians who might have been cooperating with the attacker.”

Soldiers also closed the crossing, preventing all entry and exit, and forced hundreds of Palestinians, who carry work and entry permits into Jerusalem, to leave.