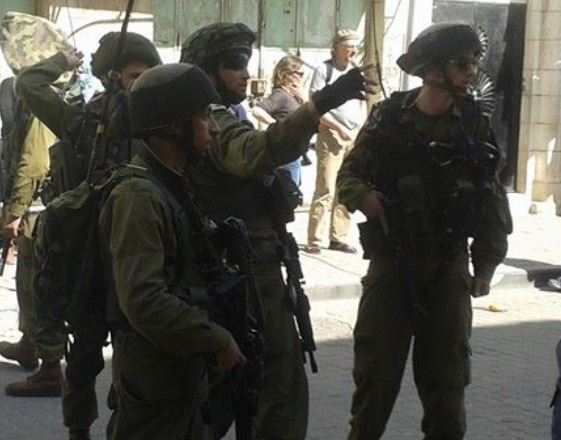 Israeli soldiers kidnapped two Palestinian children in Yatta town, near the southern West Bank city of Hebron, handed nine families notices to stop the construction of their homes, and demolished three tents and sheds in Jebna village.
The Popular Committee against the Wall and Settlements in Hebron said the soldiers kidnapped two children, after the army invading their families’ homes, and searched them.

The two have been identified as Issa Mohammad Shawaheen, 15, and Ahmad Ghassan Shawaheen, 16 years of age.

The Committee added that the soldiers invaded, on Monday evening, Jebna village in Masafer Yatta area in Hebron, and handed nine families military orders to stop the construction of their homes, in addition to handing three orders for demolishing tens and sheds the families currently inhabit.

On Tuesday at dawn, soldiers invaded Marah Rabah village, south of Bethlehem, and handed an interrogation warrant to resident Ahmad Qassem Omar, 45, after they stormed his home, and searched it.

Related:
Palestinian Kidnapped Less Than 12 Hours After His Release
http://www.imemc.org/article/72109