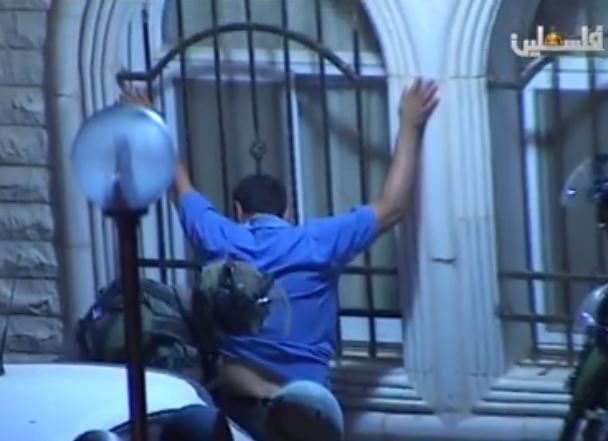 The soldiers interrogated the families while extensively searching and ransacking their homes and property, causing excessive damage, and confiscated surveillance tapes from a number of homes and stores, in an attempt to locate any footage that could provide information on the shooters.

Israeli Ynet News said the wounded Israelis were driving back home after a basketball game, and that the shooting took place at the Shvut Rachel junction, near Shilo settlement, in the occupied West Bank.

In Jerusalem, soldiers kidnapped Amjad al-Basety and Mohammad Ibrahim in the Al-Aqsa Mosque courtyards in occupied East Jerusalem, and took them to a nearby police station.

The two were taken prisoner after smaller groups of Israeli extremists stormed the Al-Aqsa Mosque courtyards, through the al-Magharba Gate, accompanied by soldiers and police officers.

A mosque guard told a reporter, of the WAFA Palestinian News Agency, that the two were kidnapped when they intervened after the soldiers attacked a woman who was arguing with them for continuing to facilitate the provocative tours conducted by extremist groups into the mosque compound.