UNRWA to Close Hundreds of Schools 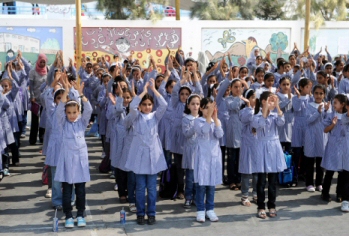 UNRWA might close 700 Palestinian refugee schools due to funding crisis faced by the organisation, a senior official has said.Director of the United Nations Relief and Works Agency for Palestine Refugees (UNRWA), Robert Turner, told French newspaper Le Monde that UNRWA is facing difficulties in offering its services to Palestinian refugees in light of the continuous Israeli siege on the Gaza Strip.

“The situation is worrying and the organisation’s funds do not cover the emergency humanitarian needs,” he said. “The organisation suffers from a budget deficit estimated by $100 million.”

“If this crisis is not solved by the start of next year,” Turner said, according to Days of Palestine.“UNRWA would not be able to open 700 schools and this will affect the life of about 500,000 children in the five areas of our operation.”

“The situation has been deteriorating because of the continuous Israeli siege and the closure of the Rafah crossing with Egypt… The situation in Gaza deteriorated after last summer’s offensive as the number of needy people is increasing,” he explained.

Regarding electricity and water in Gaza, he said: “The situation became very bad after the Israeli destruction of the Gaza power plant during last summer’s offensive.”

Speaking about the displaced people, who have been living in the UNRWA schools since the destruction of their houses last year, he said: “They cannot enjoy the basics of decent life or take part in social activities in their society.”