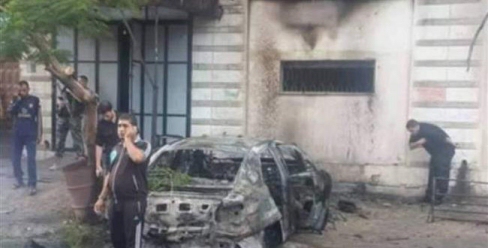 On Sunday morning, at least six vehicles owned by local leaders in Hamas, as well as activists in the Islamic Jihad, were bombed and burned out in the Sheikh Radwan neighborhood in Gaza City.Local sources said, according to the PNN, that Salafist activists, affiliated with the Islamic State (ISIS), are responsible for the bombings.

As tensions have risen, Salafist groups in Gaza have been threatened by Hamas leaders. In recent weeks, Salafist activists took responsibility for rocket attacks toward Israel and threatened to launch more if Hamas did not release detainees and confiscate their weapons.

Hamas, which has ruled over Gaza since 2007, has clamped down on radical Islamists after a series of unclaimed bombings, arresting activists and seizing arms. It also mounted occasional crackdowns on rival and more radical Salafist groups that support global holy war endorsed by Islamic State and Al-Qaeda.

According to Haaretz, no Palestinian organization has yet taken responsibility for the car bombings. However, according to reports, all six of the cars belonged to personnel from the Iz A-din Al-Qassam Brigade and the Al Quds Brigade.

A number of analysts from the international community have long suspected that the Islamic State is backed by both Israel and the US, in an attempt to destabilize key portions of the Arab world, upon which authorities are then able to deploy troops to police a given region, under the guise of ‘humanitarian aid’.