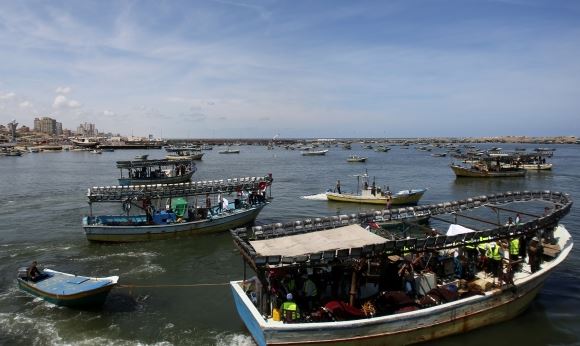 A number of Israeli navy ships opened fire, on Tuesday morning, on a number of Palestinian fishing boats, in Gaza waters, in the Sudaniyya area, north of Gaza City.Eyewitnesses said the navy fired several rounds of live ammunition on the fishing boats, causing damage but no injuries. The fishers had to sail back to shore to avoid further assaults.

The navy conducts frequent assaults on Gaza fishers and their boats, in Gaza waters, and even targets boats while on shore.

On Tuesday, July 21, two Gaza fishers have been injured, and two others were kidnapped, when navy ships opened fire on fishing boats in Gaza waters, in Beit Lahia, in the northern part of the Gaza Strip.