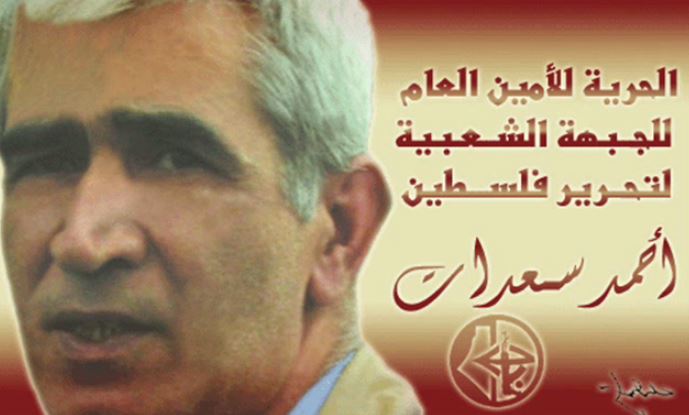 The Palestinian Detainees Committee has reported that Israeli Special Forces attacked, on Tuesday morning, the imprisoned Secretary-General of the leftist Popular Front for the Liberation of Palestine (PFLP) Ahmad Sa’adat, held in the Nafha Israeli prison.The Committee said the soldiers invaded Sa’adat’s room before attacking him.

It held Israel responsible for any escalation that could occur due to ongoing and escalating assaults against all detainees, including imprisoned political leaders and figures.

It added that the undercover soldiers have escalated their assaults against the detainees, and seem to be heading for further violations and escalation.

Committee head ‘Issa Qaraqe’ stated all PFLP detainees said after the soldiers attacked Sa’adat that they will not remain silent, and added that the situation in all prisons could witness a serious escalation at any given moment.

Tension has been mounting, reaching a critical point, when the soldiers forcibly transferred, earlier on Tuesday, seventy detainees from Ramon to ‘Ofer prison, after invading their rooms, and assaulting them.

The attack and forcible transfer are part of a serious escalation, initiated by the Israeli Prison Administration against the detainees in Ramon and Nafa, starting two days ago.

Qaraqe’ added that the latest escalation was carried out under direct orders from the Israeli government, and Israel’s Internal Security Agency.

He also said that, on Monday, more than a thousand Israeli officers invaded the detainees’ rooms in Ramon, violently searched them, and forced many detainees into solitary confinement.

The detainees protested and refused to leave their rooms, expressing solidarity with the detainees in Nafha.