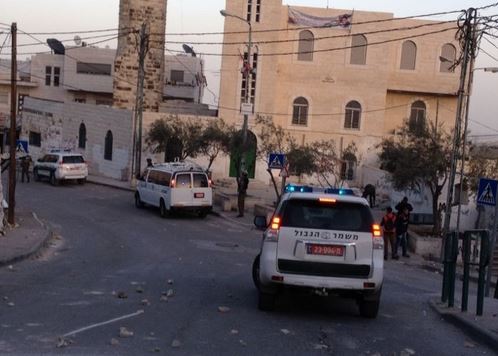 Israeli soldiers kidnapped, on Tuesday at dawn, six Palestinian children in the al-’Isawiyya town, south of the Al-Aqsa Mosque, in occupied East Jerusalem. The soldiers also kidnapped one Palestinian in the southern West Bank district of Hebron.Media sources in Jerusalem has reported that the army stormed and searched several homes in al-‘Isawiyya, before kidnapping the six children, after interrogating them and their families.

The six children were handcuffed and blindfolded, before the soldiers took them to an interrogation center in Jerusalem.

The soldiers also invaded various neighborhoods in Hebron city, and installed roadblocks on its northern roads, in addition to the main entrance of Sa’ir town, northeast of Hebron, before searching dozens of cars, while investigating the ID cards of scores of Palestinians.