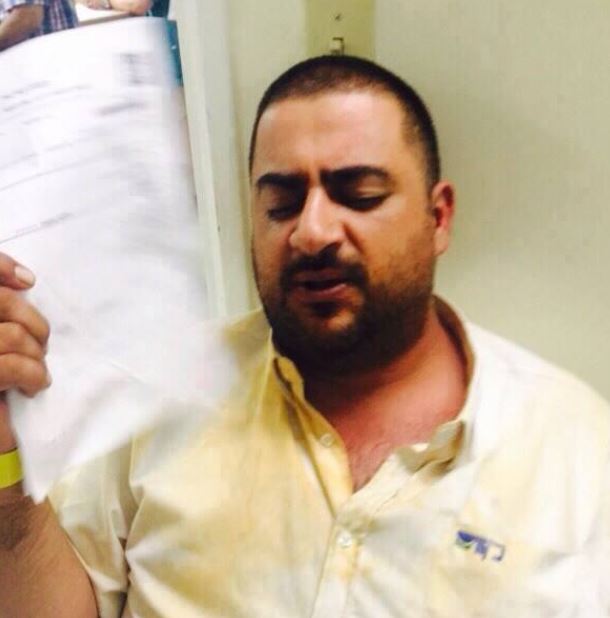 A number of Israeli extremists attacked, on Monday at night, a Palestinian bus driver, working for the Egged Bus Company, by spraying his face with pepper spray before beating him up, and tried to tie him to his seat.The driver, Mohammad Barakat, 38 years of age, from the al-‘Ezariyya town in Jerusalem, said the attack was carried out by two Israelis who first used pepper spray before proceeding to assault him.

The two boarded the bus, and remained in it, until it reached its final station in the Ma’alot Dafna illegal settlement, west of Sheikh Jarrah, where they assaulted the Palestinian driver.

Barakat told the Wadi Hilweh Information Center in Silwan that the two assailants refused to pay for the tickets, remained in the bus for 45 minutes until it reached its final station, and ran away after assaulting him.

He then appealed to bystanders who called the police; the officers refused to take his statement, and told him he needed to head to their station in Salah Ed-Deen Street, to file an official complaint.

Earlier on Monday, undercover soldiers of the Israeli military kidnapped a young Palestinian man, identified as Ahmad ‘Asaleyya, from occupied East Jerusalem, after he intervened to help a woman who was being harassed by Israeli extremists near the Chain Gate in Jerusalem.