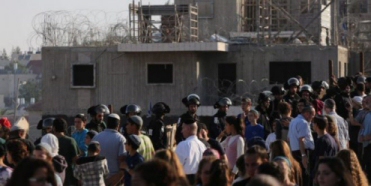 The Israeli occupation’s high court said it was committed to its order to demolish the Draynoff constructions in Bet El, which are built on private Palestinian land. The demolition should take place tomorrow.

The decision, issued by Justice Anat Baron, was made following an urgent petition filed by Yesh Din, an Israeli human rights group.

In light of the order, clashes broke out Tuesday between settlers and police forces. Two settlers were injured and five were arrested.

The Israeli government demanded the order be postponed, in order to look for ways to legalize the construction.