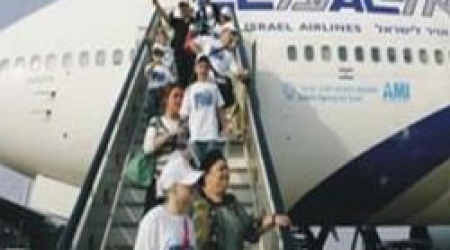 Two-hundred French Jewish immigrants have arrived in Israel, according to a Tuesday statement issued by The Jewish Agency for Israel.The newcomers – half of whom are children – were brought to the self-proclaimed Jewish state on a flight jointly organized by the agency and Israel’s Immigration Ministry, the statement noted.

Immigration Minister Zeev Elkin said his ministry hoped to receive between 30,000 and 35,000 additional Jewish immigrants from around the world, the statement added, according to Press TV/Al Ray.