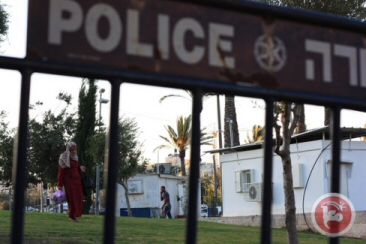 Controversial Israeli right-wing rabbi activist Yehuda Glick was escorted, under armed protection, into the Al-Aqsa Mosque compound Wednesday, as groups of right-wing Israelis entered the area for the third time this week.The raid came despite the UN’s condemnation earlier this week of ‘religious provocations’ in and around holy sites in the Old City of occupied East Jerusalem.

Sources in the Islamic Endowment Department told Ma’an News Agency that Glick as well as a group of 63 rightists stormed the compound and carried out religious rituals.

Israeli forces were deployed in and around the compound to secure the raid, the department added.

Separately, an Israeli bride and groom attempted to enter the Al-Aqsa Mosque but were prevented by Israeli police, and two Palestinian women were detained as they were leaving the compound.

Glick came to prominence for leading groups of rightists into the mosque compound for worship, in contravention of an agreement between Israel and the Islamic endowment since 1967 that prohibits non-Muslim prayer in the compound.

The right-wing activist was barred from the compound in August of 2014 after he attacked a 67-year-old Palestinian woman, Ziva Badarna.

In October last year,Muataz Ibrahim Hijazi, 32, from Silwan attempted to assassinate Glick during a rally in Jerusalem. The suspect was shot dead by Israeli forces during a raid hours after the incident.

An Israeli court granted permission in May for Glick to visit the compound once a month.

This month’s visit by Glick came after intense clashes erupted between Palestinian worshipers and Israeli forces at the compound on Monday, resulting in at least eight arrests and several minor injuries.

On Sunday, Israeli forces injured 19 Palestinian guards during clashes inside and around the mosque. Four Israeli police were also inured during clashes.

Al-Aqsa compound director Omar Kiswani said at the time that 70 Israelis had ‘raided’ the compound Sunday afternoon accompanied by 100 to 150 Israeli special forces to secure their entry.

The UN Special Coordinator for the Middle East Peace Process, Nickolay Mladenov, issued a statement shortly after to express concern over ‘recent incidents and heightened tensions’ in and around Jerusalem’s holy sites, and to ‘call upon people on all sides to maintain calm.

Mladenov called on religious and political leaders to ‘prevent extremist elements from abusing the sanctity of Holy Sites and the different religious sentiments of all people.’

Israeli forces frequently enable Israeli Jews to tour the compound despite the state’s agreement not to allow non-Muslim prayer in the area following the occupation of East Jerusalem in 1967, considered illegal under international law.

The Al-Aqsa mosque — the third holiest site in Islam — has been the location of inflammatory visits by Israeli leadership and worshipers in the past, whose visits signal a threat to Palestinians who hope for occupied East Jerusalem to be the capital of an independent Palestinian state.

Jewish prayer is allowed at the neighboring Western Wall, which is the last remnant of the Second Temple.