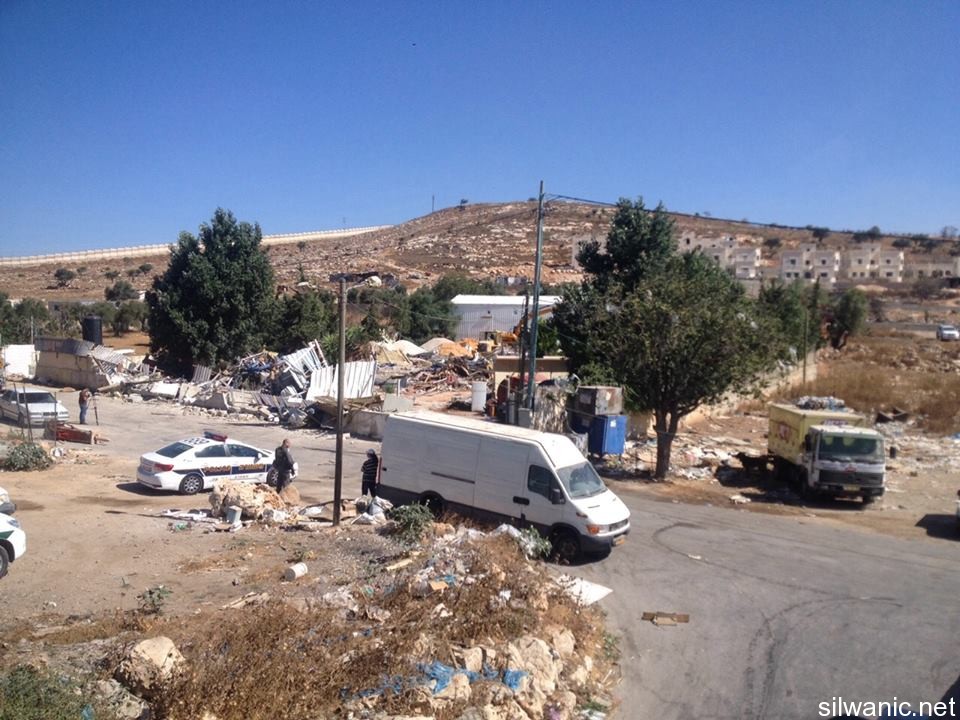 Israeli soldiers invaded the Beit Hanina neighborhood, north of occupied Jerusalem, and demolished a print shop, a carpentry workshop, a wedding hall and a warehouse, all located on an area measuring six and a half Dunams (1.6 Acres.)The Wadi Hilweh Information Center in Silwan has reported that the demolitions took place in Wad ad-Dam area, in Beit Hanina.

The owner of the buildings, Akram Abu Shalbak, said the structures were built in 2014; some of them had tin roofs, and the others were built with stone roofs.

Abu Shalbak added that all of his buildings were officially licensed, and that he concluded all documents and paperwork over two months ago.

He also stated that the demolished wedding hall was 500 square meters, and included five ballrooms, six bathrooms and other facilities.

The demolitions took place after dozens of soldiers, including undercover units, surrounded the Wad ad-Dam area, beginning in the early morning hours, and then invaded the neighborhood. 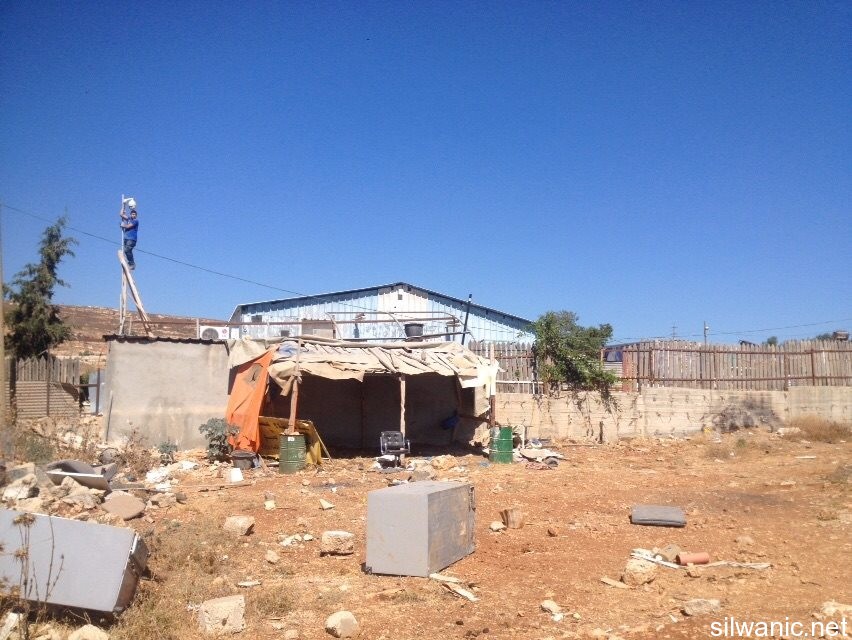