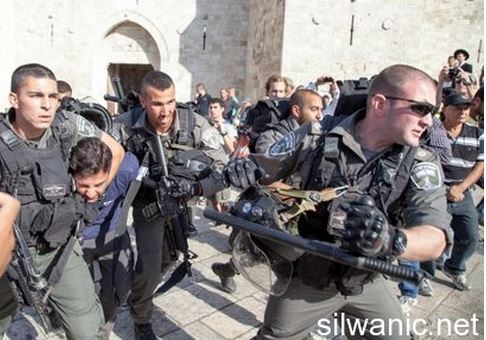 Another Palestinian, identified as Fahmi al-Halayqa, 24, was taken from his work, in occupied Jerusalem, while Israeli soldiers also invaded his family home, in the Shiokh town, north of Hebron.

In Jerusalem, soldiers kidnapped two children, 15 years of age, in Ras al-‘Amoud neighborhood, allegedly after they “hurled a Molotov cocktail on a home in the Ma’ale HaZeitim illegal colony.

Israeli media sources said the two would be sent to the District Court, as the prosecution is demanding extending their interrogation period allegedly for “involvement in former attacks.